Friday morning (Dec-20th) we began the long drive to Kelly’s mom’s house.  We’ve traveled this stretch of road before and knew to expect a mostly uninspiring experience.  Suffice it to say, 834 miles later we arrived to Marana, our destination just north of  Tucson. 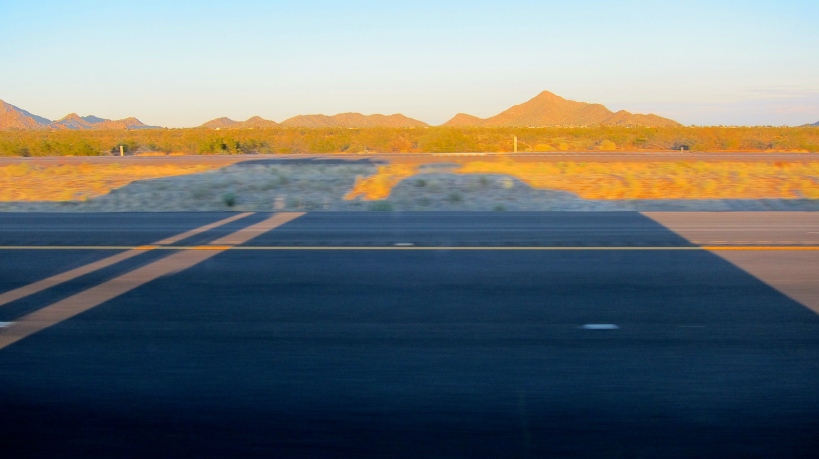 The sun sets along Interstate-10

While visiting Kelly’s mom, we stayed at Valley of the Sun RV park near her home.  As we live in an RV park when not traveling, I wasn’t thrilled to be staying in yet another park, especially with all the beautiful boon-docking in the area.  But we are here to spend time with family and this location is only a few minutes walk to Kelly’s mom’s home.

This particular park is typical of many – lots of big rigs in close proximity to one another, a cuckoo-bird park manager who seemingly is barely competent, and lots of overly friendly retirees, most with an uncanny ability to talk for extended periods of times, yet fail to articulate anything interesting.

The long row of RVs

Boring chit-chadder with the locals aside, the visit was great.  We had a few quality days with Kelly’s mom and her husband.  And while I’d love to tell you we did all sorts of wonderful and exciting things, I’d be a liar if I gave any impression of the sort.  The truth is we were quite lazy … and it was perfect.

I did some computer repairs for Kelly’s mom, ate lots of unhealthy food, completed a bit of trailer maintenance, washed the truck, etc.  Mainly, little things that aren’t really interesting except to those directly involved.  That said, in our desire to avoid being the target of local RV park gossip, we did complete a local hike and sit for a proper Christmas-Eve dinner.  That is to say – we city slickers in the shiny Airstream, tried to fit in amongst the army of otherwise nosey snow-birds.

First up was a nice hike.

Not far from where we were staying is Picacho Peak State Park.  Following a quick 15 minute drive, we arrived to the visitor center, paid our $7 park entry, chatted with the ranger (yes, more chit-chat), and began our ascent to the park’s namesake.  During the hike we were disappointed to see that Lilly is not capable of using the cable handrails anchored into the rocks to assist herself as needed.  It turns out that her ability to scramble incredibly steep and sometimes loose rock faces are not akin to those of a mountain goat … and despite her best efforts, couldn’t quite push onward to the peak (but we came damn close).

Notwithstanding our failings, we did had a nice three hours on the trails, most of which involved some amount of scrambling and navigating over rocks or other boulders.  Lilly was in heaven. 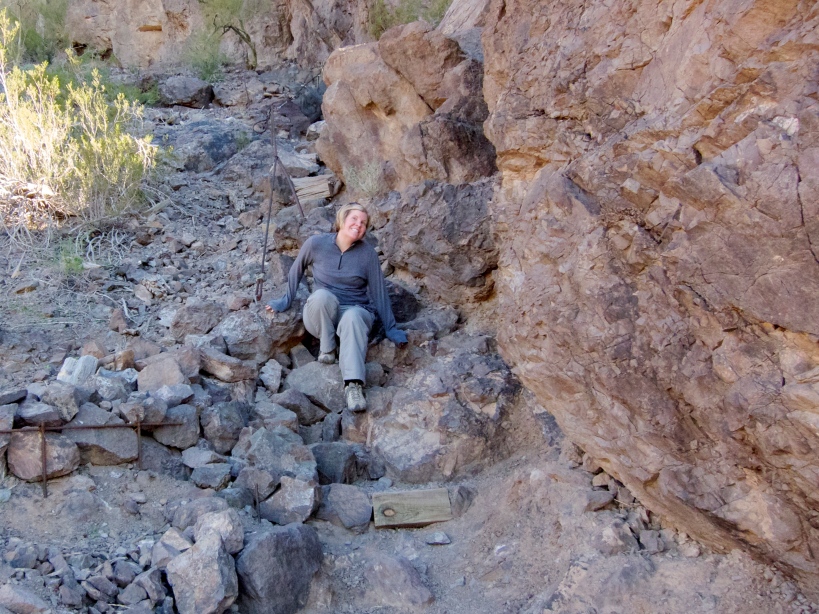 Scrambling one of the steeper sections

Trail on the backside of the mountain, overlooking ranch and farmlands

The park is quite nice – on the smaller side, but a very nice state park.  Campsites are primitive, but fairly spacious and appeared to be well maintained.  Adjacent to the state park are amenities to compliment any family during their stay – tours of an ostrich farm, a Dairy Queen, an automotive repair shop & gas station, and obviously … an adult sex toy store.

Christmas-Eve was relatively subdued.  We ate a nice meal prepared by Kelly and her mom, exchanged a few gifts, engaged in a bit of conversation banter, and watched an old episode of  The Unit.  The evening was quite nice, but sadly our last in before moving on. 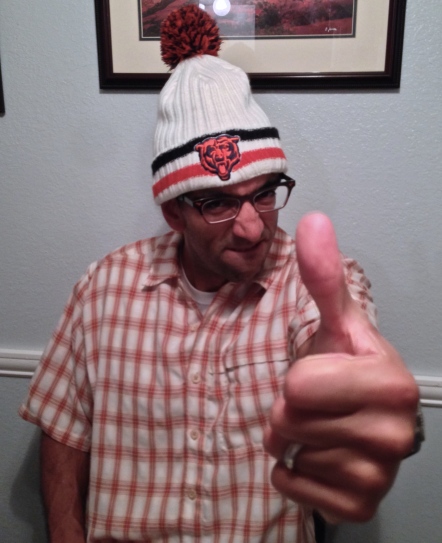 On Christmas Day morning, Kelly and I said our goodbyes, thanked our hosts for a wonderful couple of days and drove about 90 miles to Sun City West – home of Kelly’s father and his wife.

I make a habit of checking hitch bolts connected to the trailer before every tow, however, I’ve never checked the bolts attaching the hitch receiver to the frame of the truck.  Having towed about 12,000 miles, I suppose it’s only logical that the bolts will loosen, but to my surprise, torque was nowhere near the installation specifications of 110 ft lbs.

If you have not checked your hitch receiver, you should.  For my 2012 Ford F-150, the process was quite simple.  Ten bolts (5 per side) tightened … a really quick inspection.  More, since I was already under the truck, I took a good look at the entire hitch receiver to ensure there are no cracks or other potentially dangerous issues lurking.

I also made a point to inspect the (Equalizer) hitch assembly and tighten all bolts to torque specifications, something I’ve done a few times in the past. 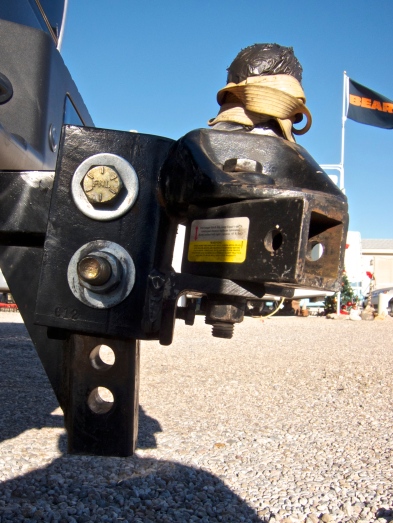