Following yesterday’s visit to old Delhi, today (Sunday) I ventured through the newer areas of the city. Generally speaking, my touring was focused on tombs of dead people … some of whom were the greatest conquerors to rule Delhi.  In addition to great military prowess, these rulers had a knack for grand architecture.  Delhi is littered with monuments erected by various rulers, typically in recognition of various accomplishments.  My objective today was to visit some of the sites.

First stop was Qutb complex, an array of monuments and other buildings, which next to Taj Mahal, is the second most visited site in India.  Having previously visited Taj in August this year, spending a few hours at Qutb made for a great comparison.  Haven fallen victim to conquests of Afghanistan and later Great Britain, the structural casualties throughout the grounds are many.  Despite the wreckage, the area is very cool.

Pictured above is the tower Minar, which happens to be the tallest brick minaret in the world.  Constructed in 1192AD as a monument celebrating the victory of Mohammed Ghori over the Rajput king, its construction also marked the beginning of Muslim rule in India.  To this day, the Qutb remains one of the most important “Towers of Victory” in the Islamic world.

Mohammad clearly had a keen eye for detail.  Ornate carvings and other finish details are abundant, and in some ways, Qutb is more impressive than Taj Mahal.

Sufficiently wowed by the tower, I walked across the grounds to the Quwwat-ul-Islam mosque.  Built to honor the strength of Islam, it was the first mosque in Delhi following the Islamic conquest.  Construction of this Jami Masjid (Friday Mosque), started in 1193AD.  According to a Persian inscription still on the inner eastern gateway, the mosque was built using recycled materials from twenty-seven Hindu and Jain temples.

The centuries have not been kind to the mosque and I can only imagine how beautiful it must have been in its prime.  No matter, despite being in a ruin site, numerous times I stood in awe absorbing its beauty. 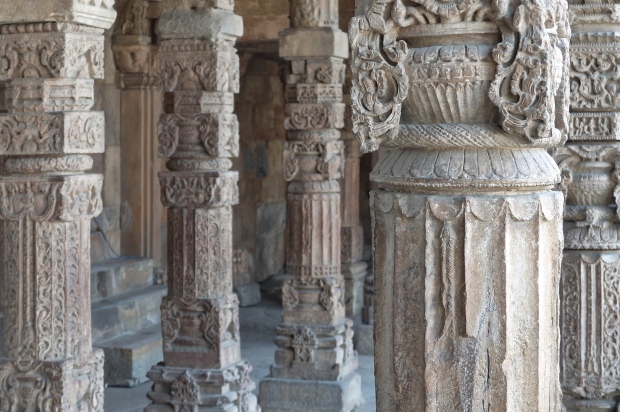 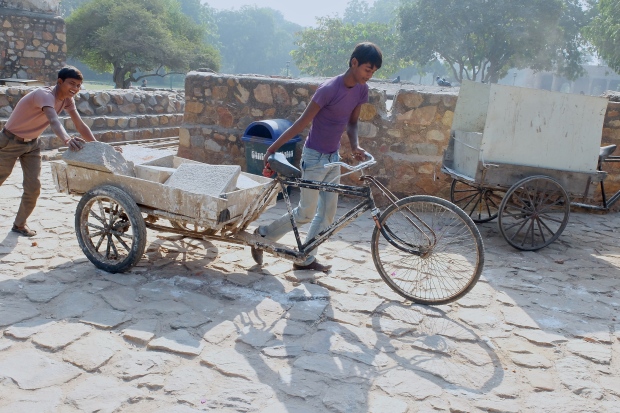 The next stop on my list was Humayun’s Tomb, but not before first stopping for a quick visit to the Lotus Temple, a Bahai house of worship.

Unlike most of the places I visited over the weekend, the temple is newly built, completed in 1986 and now serving as the Mother Temple for all subcontinental Bahai meditation temples.  According to my coworkers, the interior is simple, but stunning.  Sadly, the entrance line was queued for blocks, so I snapped a quick picture and moved onwards.

But not before encountering this trio.

So it turns out just past the snake charmer and through a modest entrance gate sits one hell of a sight – tomb of the Mughal Emperor Humayun. 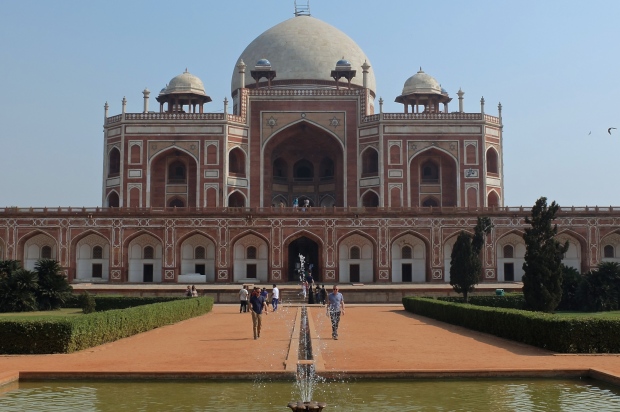 The first garden-tomb in India and also the first structure to use red sandstone to such scale, the tomb represented a leap in Mughul architecture, setting precedent for subsequent Mughal architecture, including the Taj Mahal. 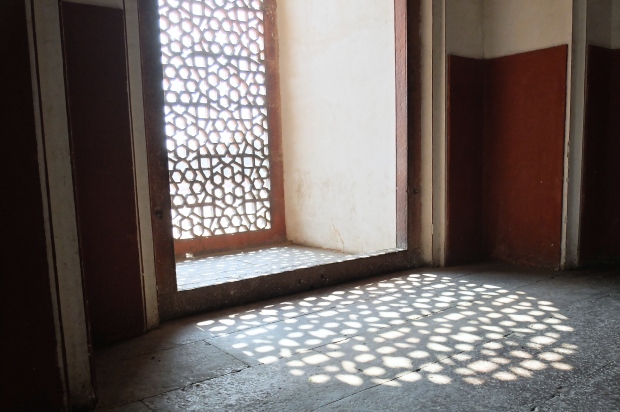 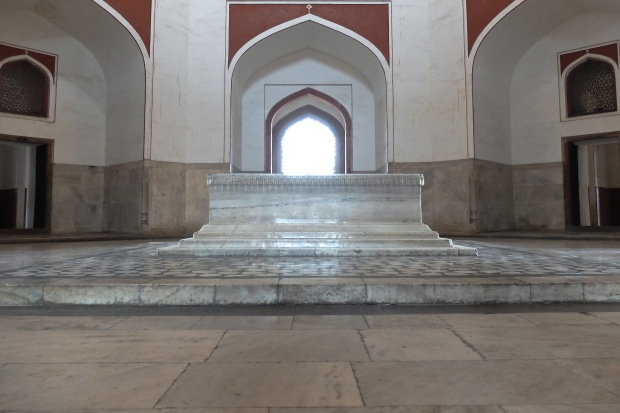 Rounding out the trifecta of tombs I wanted to visit was that belonging to Afghani noble Isa Khan, who died at age 95.  Khan, leader of the Baro Bhuiyans, and a nobleman in the courts of Sher Shah Sur, was laid to rest in a magnificent tomb he ordered built for himself.  Both the octagonal tomb and neighboring mosque are located at the center of the complex and are surrounded by a sunken garden, the first of its kind in India.

Sooner than I would have liked, the day began to fade and I was forced to begin moving back towards my hotel, but not before making a quick detour to the Parliament.  Pictured below is Rashtrapati Bhavan, the presidential palace.

I’m really happy with my decision to allot a weekend for touristy-type activities.  I’m already thinking that my next visit should include a couple of vacation days so that I can travel a few hours northeast and see the Himalayas.

Like Loading...
Tags: India, New Delhi
From: Uncategorized
← A Random Saturday Afternoon In Old Delhi
Tweaks To The Closet →
No comments yet