I chose not to write anything yesterday as Kelly and I were strictly observing a proper day of nothing.  Squeezed in between Lilly walks, we mostly did a lot of nothing … the highlight of the day being my lengthy afternoon nap. Unlike yesterday, our plan today called for a quick morning walk before prepping Mabel for her return home to Half Moon Bay.  The campground we were staying at is located at the far southern end of the park.  There are a number of trails scattered throughout the broader park itself and our plan this morning was to complete a four mile loop located at the far northern tip of the park boundary.  As an added bonus, the trail is also situated atop the highpoint and offers a nice view of the surrounding areas.

Looking west over the town of San Martin

The trail starts at the Coyote Dam, built during 1935-36 as a WPA effort.  Today, the dam overlooks the mostly recreational lake and is open to any pedestrian interested in walking along the topside.

Moving towards the trail – which starts off easy enough – we were greeted by the warning sign below:

We never did encounter any Mountain Lions or Babcats, but did see a lot of cows and a few wild turkeys. 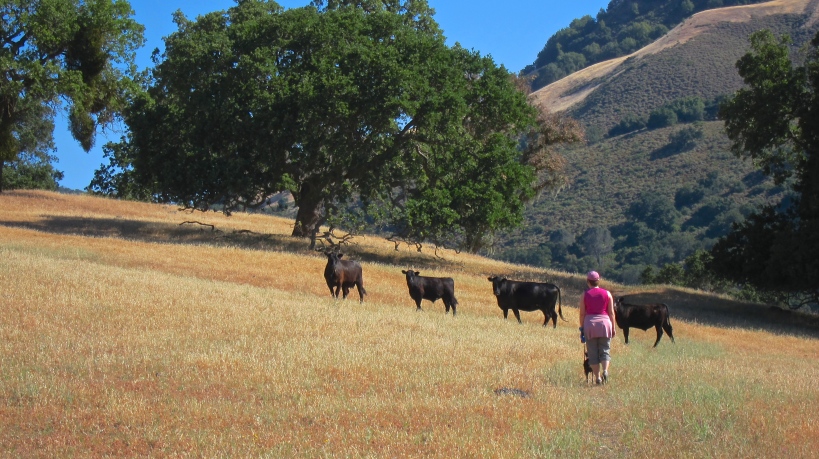 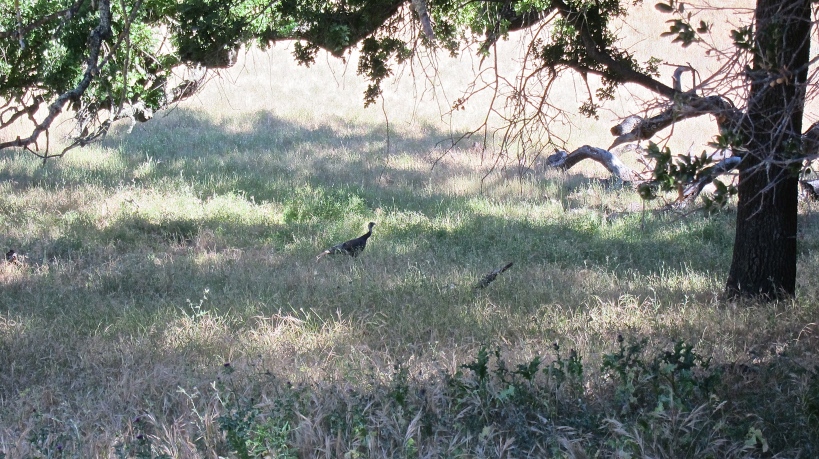 Anticipating hot temperatures and having read the trail lacked any significant shade, we got an early start.  The absence of shade and very little breeze propelled hot temperatures, but Lilly didn’t seem to mind too much as there were numerous gopher holes to stick her nose into.  As usual, she found nothing.

Lilly waiting for me

Following our hike, we had to hustle in order to pack-up the trailer in advance of the 1pm check-out.  Sadly, our relaxing weekend was ending … it was time to go home and begin thinking about the looming workweek.   Dang.

Like Loading...
Tags: Coyote Lake Campground, Hiking, Lilly
From: California, County Parks, Lilly
← In Need Of A Day Off
Pit River Campground →
No comments yet