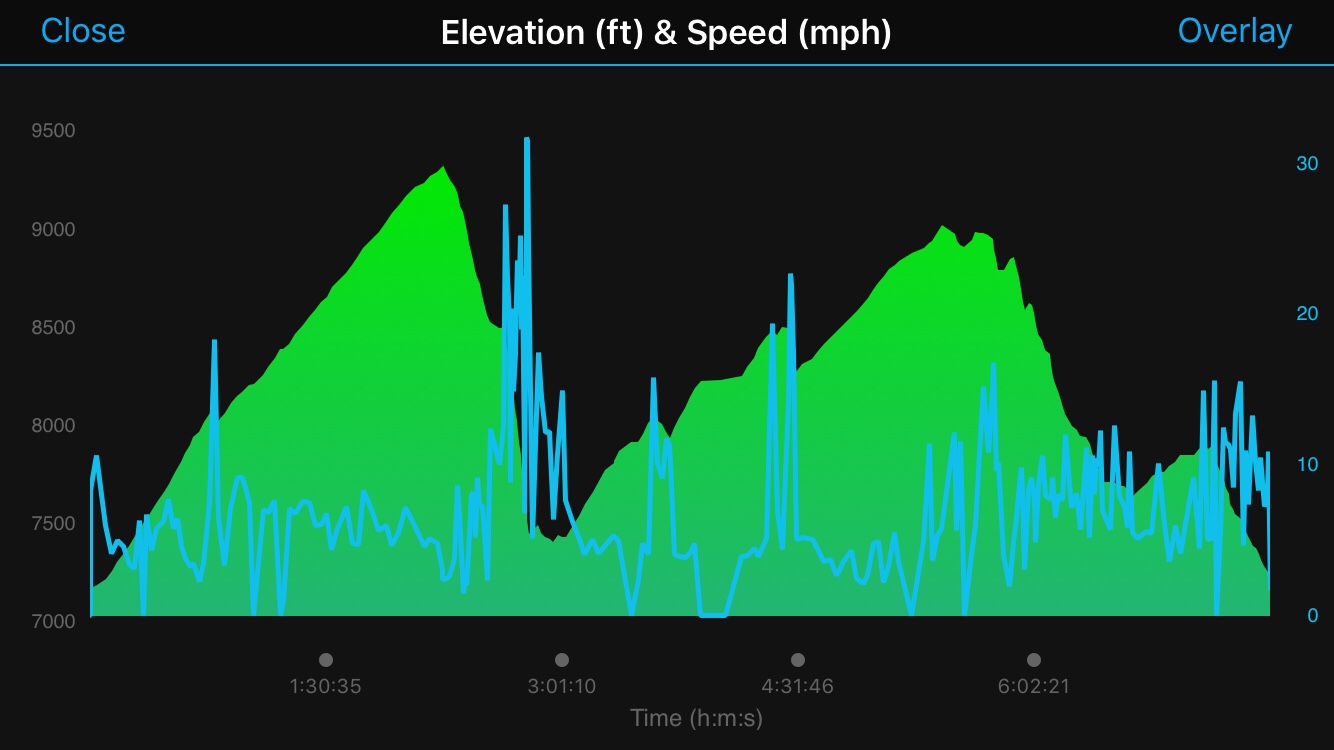 I generally do not think of myself as being naive, but today proved differently.

Having spent the past few days riding trails here in Flagstaff (Arizona), I was keen to complete the “Round the Peaks” loop – an approximately 50 mile loop (+/- depending upon where one starts) circumnavigating the base of Humphrey’s Peak (12,633 ft).  Locals I spoke to – in some form or another – consistently described this loop as being “quintessential Flag”. 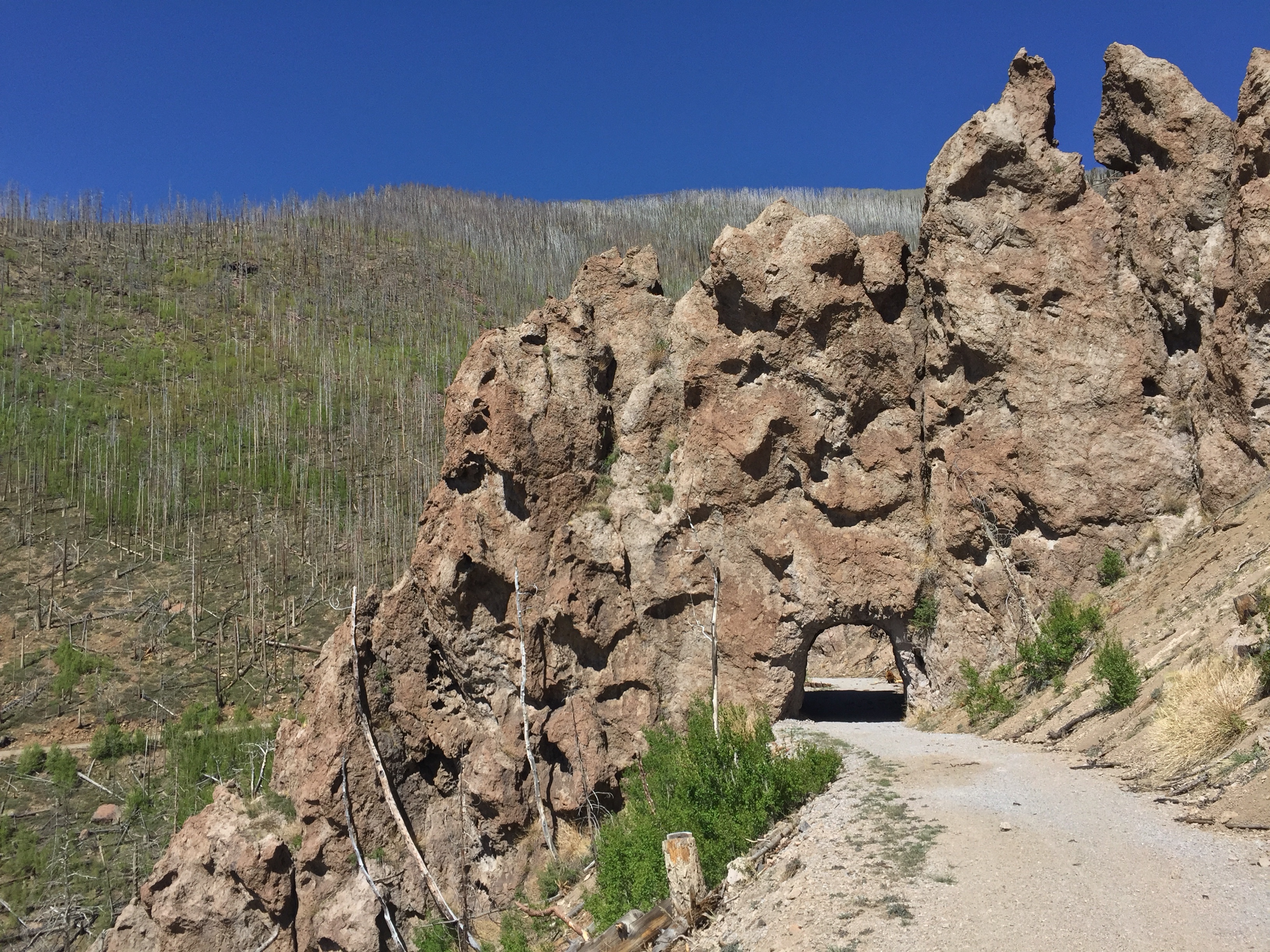 Capturing a variety of terrain, offering stunning views, and presenting challenging climbs and technical downhills, I was told to find time for this ride before departing the area.

Along a route beginning at 7,174ft elevation and peaking at 9,329ft, originally my thinking was to bike camp the ride, overnighting on the mountain, and in the process, splitting the distance into two reasonable day efforts.

However, because I continue to change my ‘perfect’ bike camp set-up and haven’t actually yet bought any gear, I find myself in a situation pretty much devoid of most necessary bike camping essentials.

No worries, I’ll do long day ride. On the trail early, home by mid-afternoon. 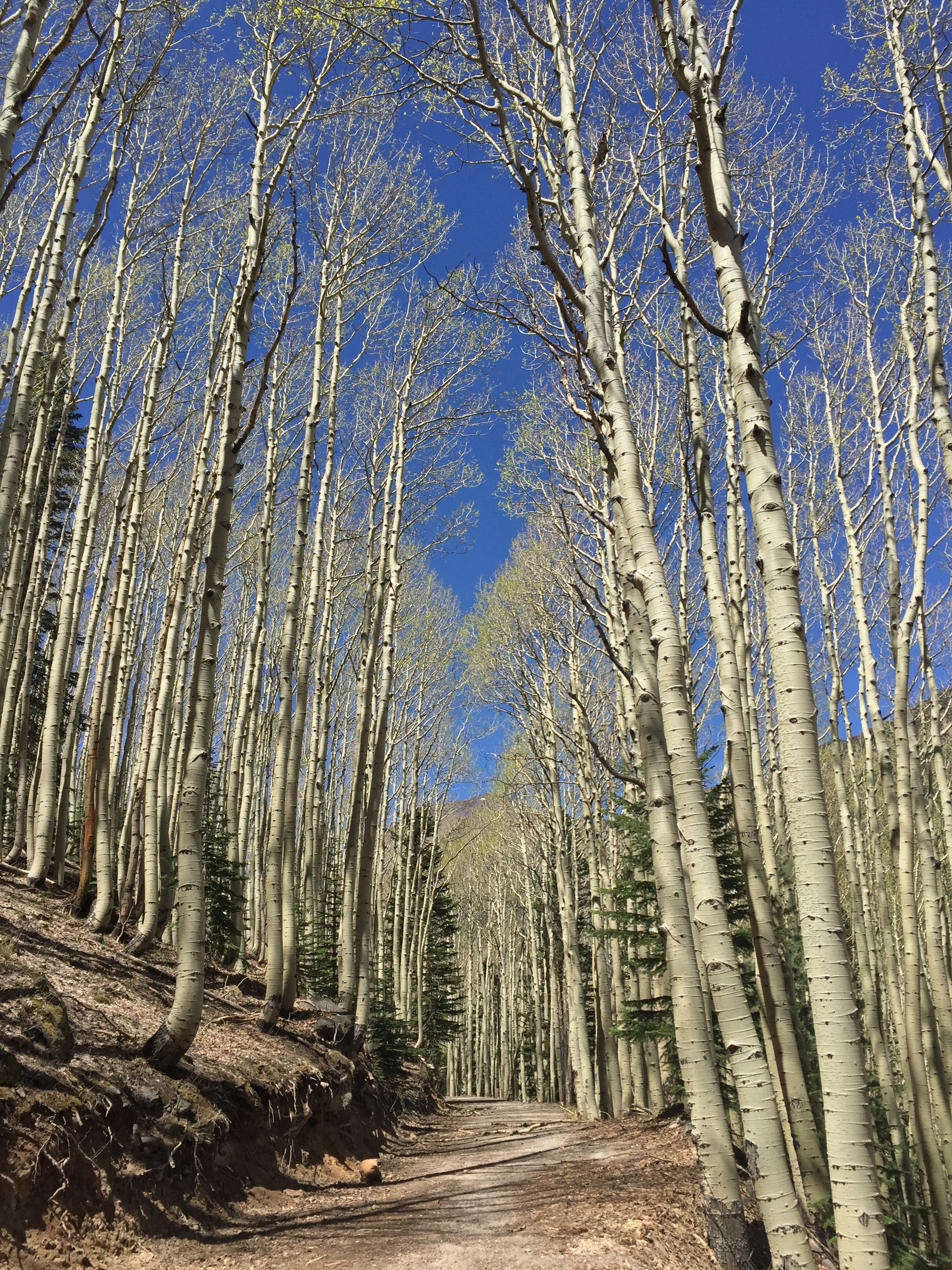 In hindsight, I can now see that my actions this morning were pretty much naive from the start: 1) allotting only 6 hours for the ride, 2) assuming 2.5 liters of water would suffice, and 3) underestimating the toll 5,100ft of climbing would have on my legs.

I missed the 6 hours by 90 minutes, ran out of water 45 minutes from finishing, and hopelessly suffered from legs that turned into jelly.

And, I broke a spoke.

Despite a day littered with mishaps, I nevertheless had a great (and very long) ride. 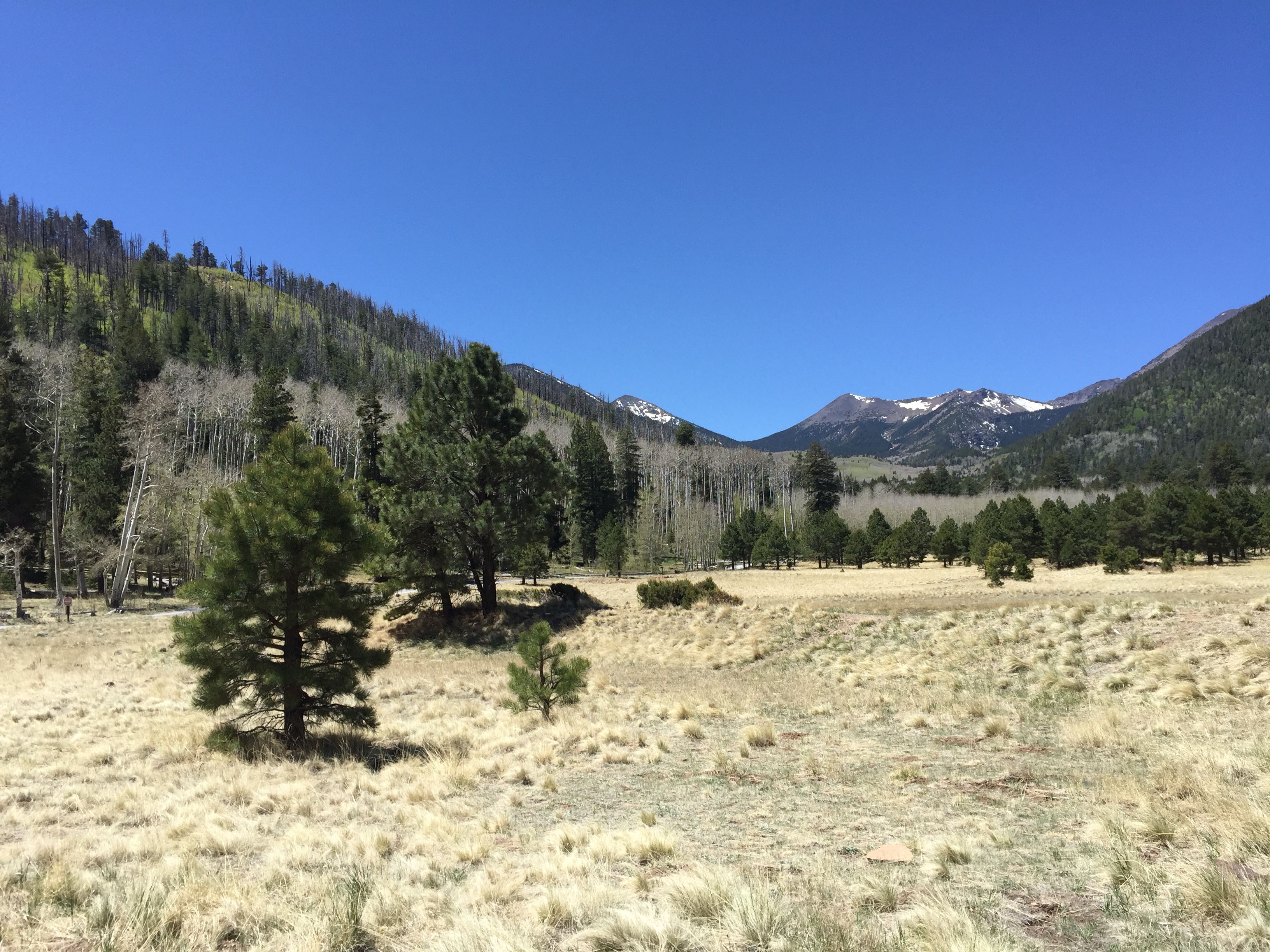 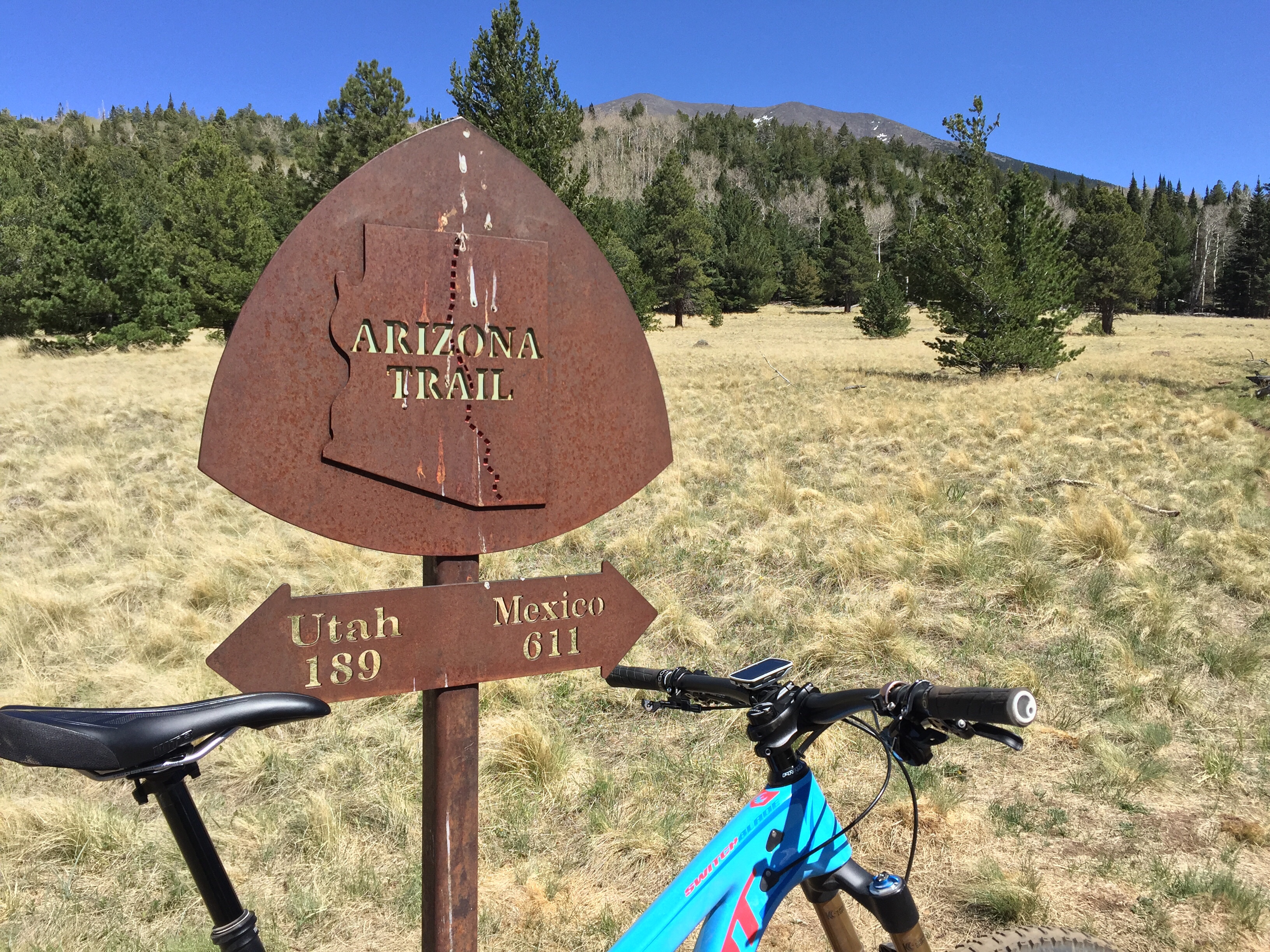 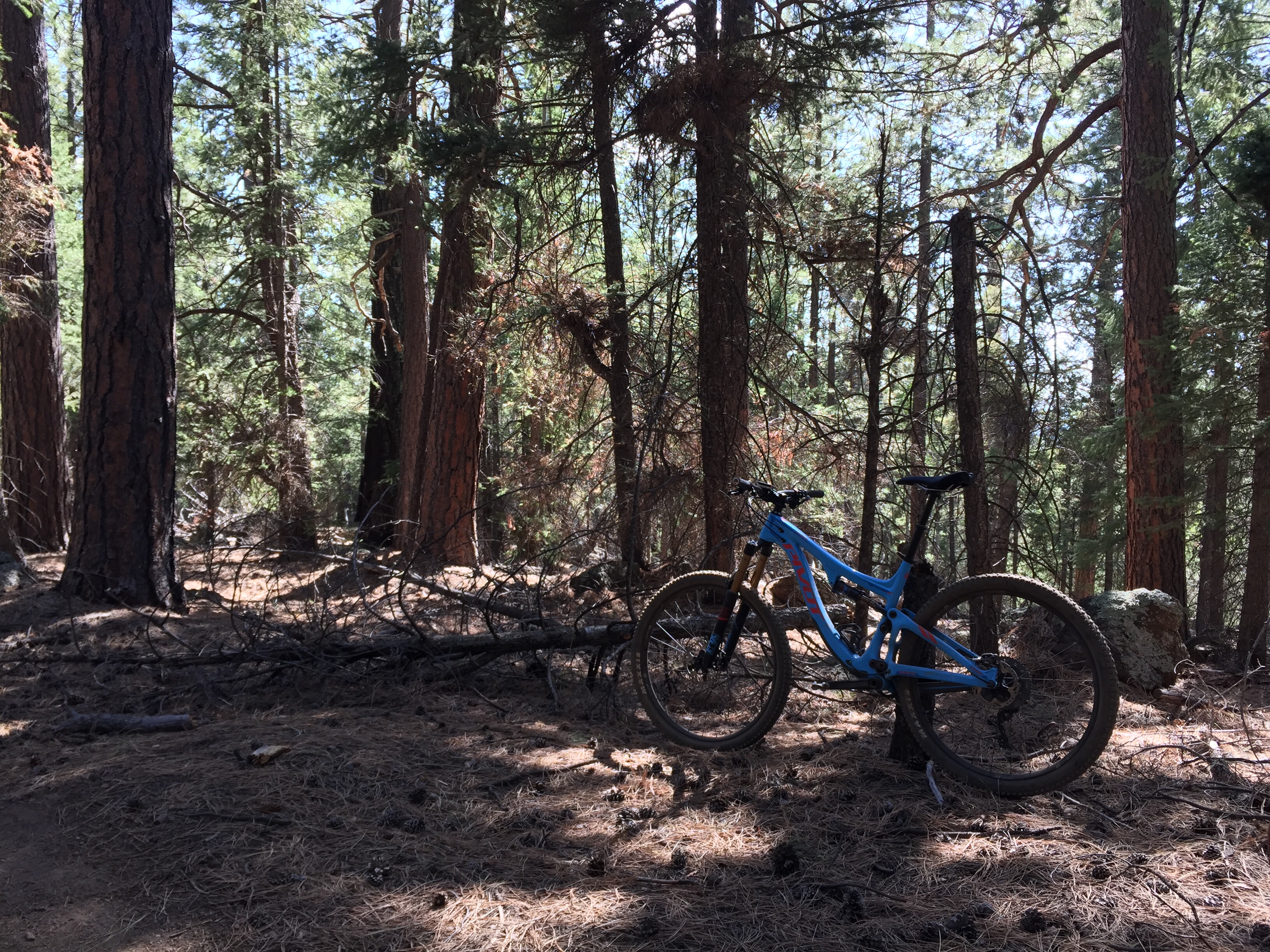 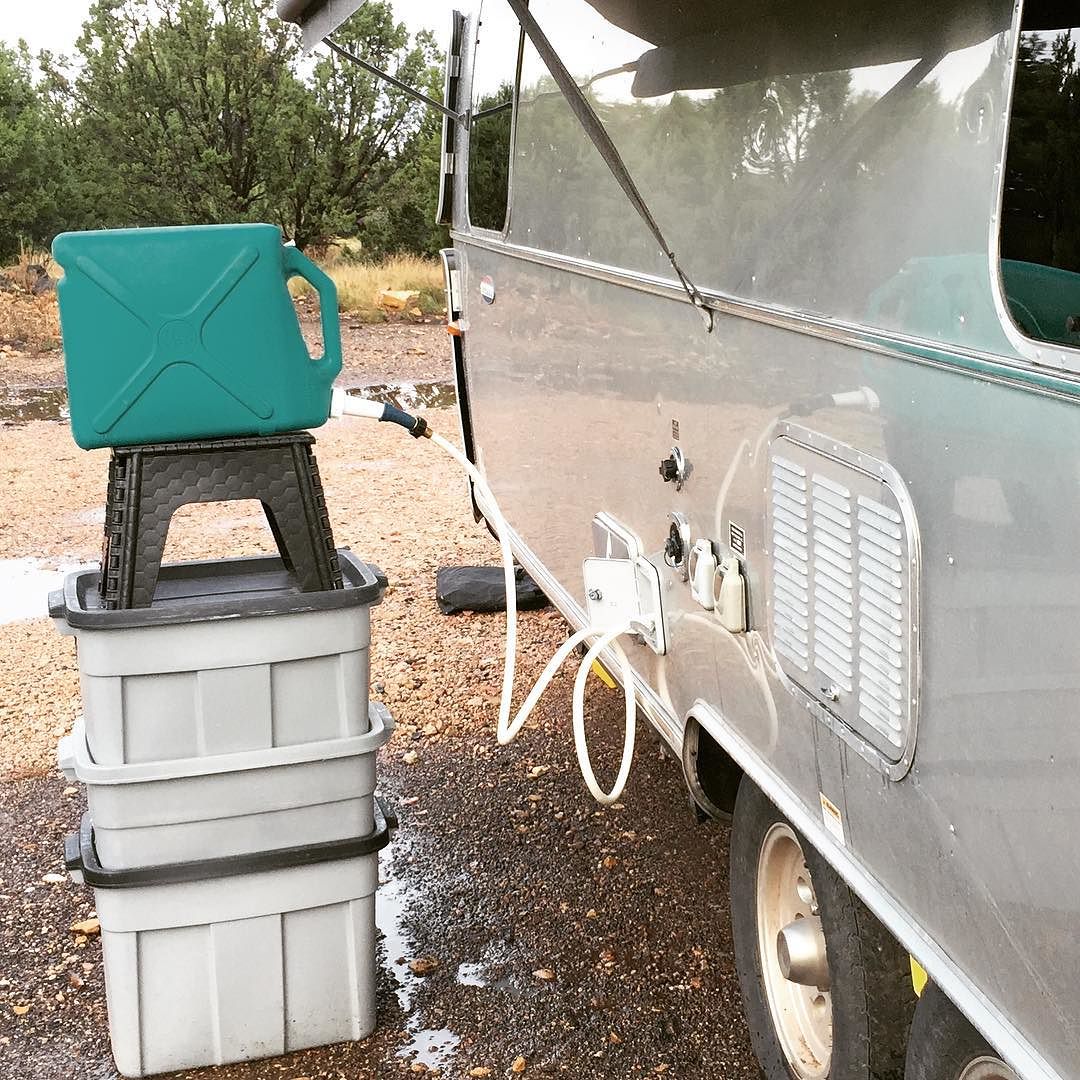 I hate to admit as much, but I dread manually refilling the trailer with water.  It’s an absolutely required aspect of the lifestyle I choose to live, but it sucks … the jerry cans I use have a short nozzle, the trailer’s external fill opening is tiny, and I’m a bit too tall to comfortably align the the jerry can with the Airstream’s intake opening.

By the way, the jugs weigh 50 lbs when full of water.

The other day I had an idea that maybe I could be working smarter, not harder.  A few minutes later I assembled the water fill gravity tower pictured above.

While it seemed like a promising concept at the time, product testing continues.

I’m guessing that somewhere in this big world, there is a behavioral scientist studying the breakfast habits of married couples.  If so, Kelly and I would mostly likely make for a boring case study.  Everyday we have the same thing – Kelly eats yogurt sprinkled with granola, and I brew a cup of pretentious artisan coffee, followed by a bowl of cereal consisting of wheat flakes mixed with fruit & nut granola.

Today however, our routine of sameness was thrown off its tracks – we passed on all the usuals (well, I did have have coffee of course).  Instead of eating our mainstay, we ordered off menu … opting for fresh baked cinnamon rolls prepped by a local Flagstaff bakery.

The rolls were delicious, and my Monday morning is off to a good start, but I gotta be honest … I kind of missed my granola.

Nothing But Love For Flagstaff

When Kelly and I first hit the road in April, we spent a few weeks bouncing between Phoenix and Tucson visiting Kelly’s family.  Of course it was great to see everyone, but it really didn’t feel like full-timing since we were staying at their homes.

Upon departing Phoenix, our first boondocking spot as proper full-timers brought us to Flagstaff, whereupon we camped with our dear friends Brian and Leigh, before later meeting other full-timers@hortonstravels and  @findingmarshall.

We could not have asked for a better initiation to our nomadic lifestyle and in the process, found ourselves immediately smitten for Flagstaff.

Not surprisingly, Kelly and I were excited to revisit one of our new favorite places again this fall, before continuing onwards towards Phoenix.  During our stay we met the Russos, who themselves have just launched as full-timers about a month ago.  It was great to meet Joe and Kait and share  some of our experiences with them.