Last week Kelly and I spent a few days camping at Tuolumne Meadows in Yosemite National Park, our second visit to this wonder nestled in California’s Sierra Nevada’s Mountain range. 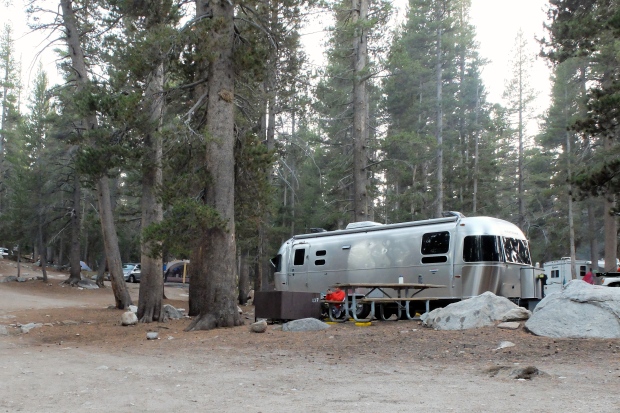 Open only during the summer and fall, the Tuolumne Meadows area is far less crowded than the very popular Yosemite Valley.  With fewer people come fewer amenities, resulting in a more rustic camp setting. 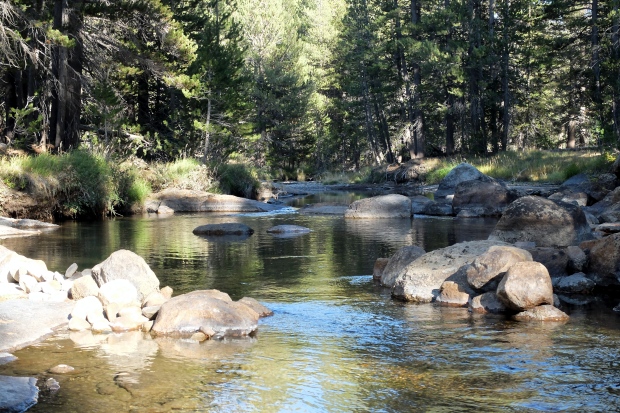 Tuolumne River next to our site 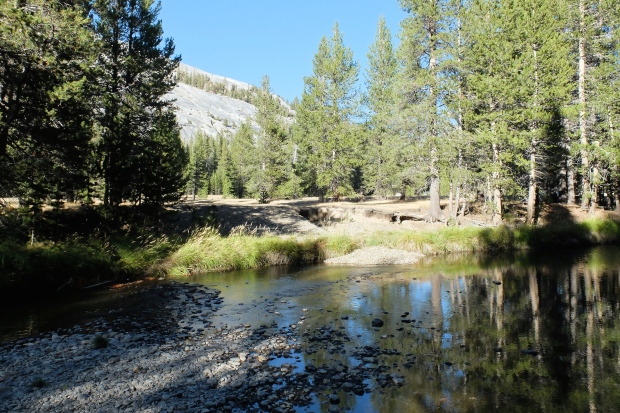 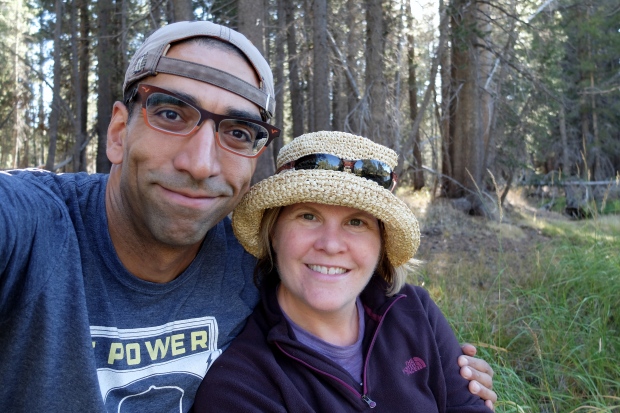 For the first few days we would be camping alongside fellow Airstreamers Advodna, before being joined by Kelly’s brother.  Having never camped with the Advodna crew, it was nice to spend a couple of days with them. With two small children in the mix, there were no epic hikes with them, but we did spend time relaxing at the campsite, walking dogs, sharing good eats (and beer). 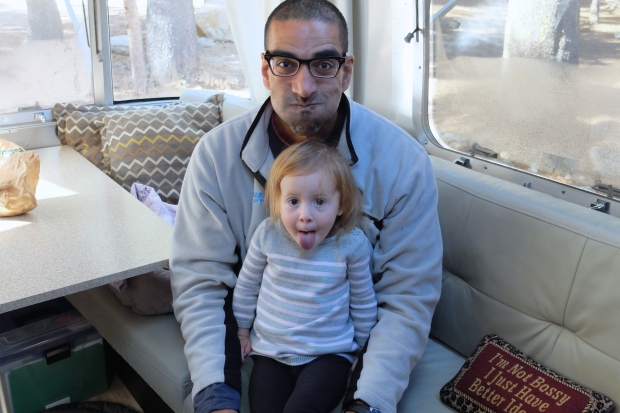 Of course, the real catalyst for our visit to Yosemite was to spend some time hiking trails in a mountain setting.  Living steps from the ocean is fantastic for sure, but Kelly and I love the mountains and were excited to be at altitudes in between seven and ten thousand feet.  Once Kelly’s brother arrived, the hiking began in earnest and Yosemite in Autumn does not disappoint. 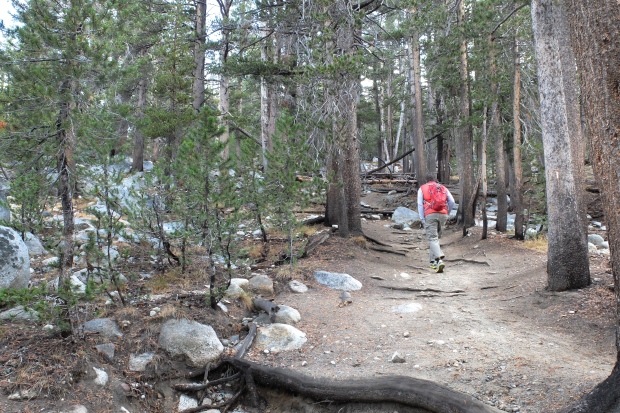 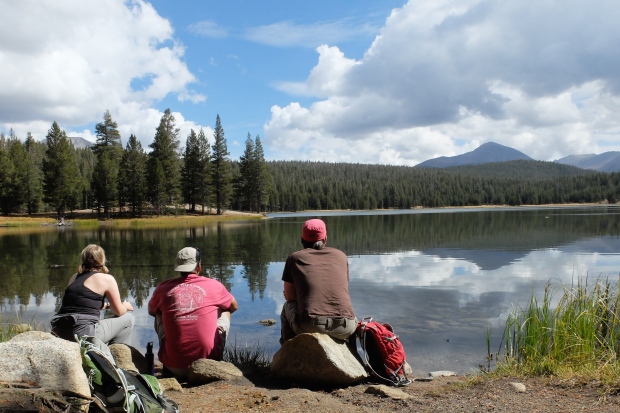 Kelly, Chris, and me at Dog Lake wishing we had Kayaks 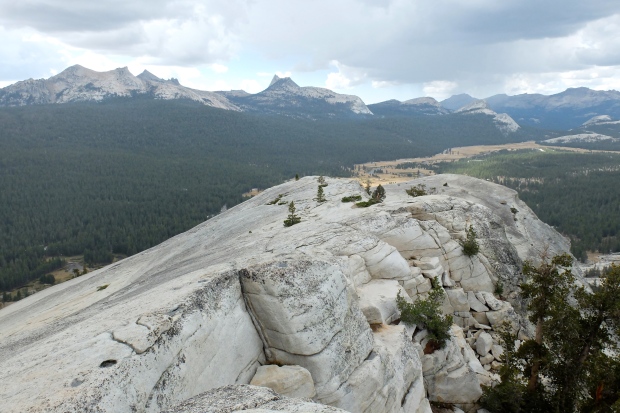 Overlooking Tuolumne Meadow from the top of Lambert Dome 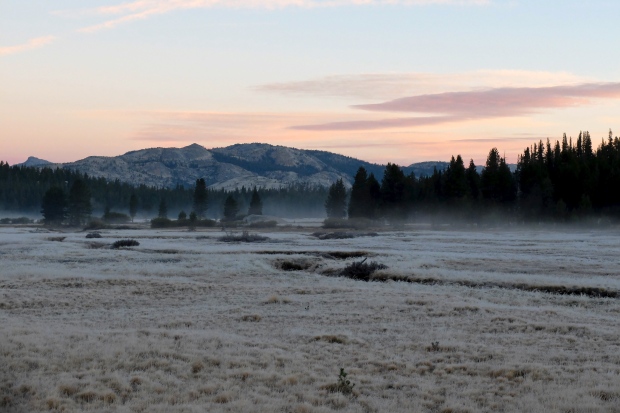 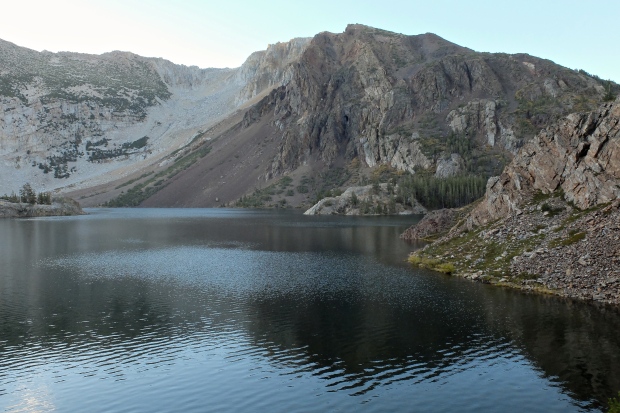 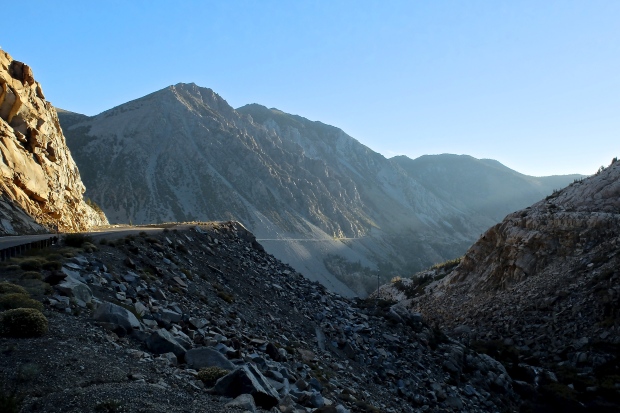