On Wednesday, I came home from work and noticed the trailer didn’t have full electric power.  Anything that required electricity by way of a wall outlet wasn’t working, however other things – such as lights, both ceiling exhaust fans, and the radio were working.  My initial suspicion that the trailer was not receiving any shore power (i.e. – the equivalent of tradition house power) was confirmed by the battery monitor reading, which read below 100% … an indicator that only the batteries were powering the trailer.

By this time it was getting late into evening and sadly, with a mountain of (day job) work needing my attention, I concluded that realistically, I would not have any more time to carefully investigate until later … like meaning the weekend.

Fortunately for me, the investment we made into a solar solution last year would save our bacon for a few days until I could more thoughtfully investigate the problem.  Kelly and I could not use any “power-hungry” appliances such as a toaster or hair dryer (actually, this impacts Kelly – not me), but using a couple of outlets throughout the trailer connected directly to the batteries through an inverter (which converts battery power to household power), the solar panels would easily recharge our batteries to 100% each day, minimizing the hassle of a few days without full electric power.

Today (Saturday) my neighbor Greg offered to help me troubleshoot the situation and together, he and I began looking inside the trailer in search of the culprit.

In most RV’s there are two electrical systems – direct current (DC) which is supplied by batteries and alternating current (AC) which is supplied by the power company or portable electric generator.  DC runs on 12 volts and is used principally for low voltage items (fans, lights, etc.), while the AC system (similar to a home) runs on 120 volts and provides power to the wall outlets.  After confirming the DC was fine, we focused on the AC … ultimately isolating the likely issue to the power converter/batter charger.

Pictured below is the main power center in our RV, responsible for receiving electrical power from either shore power or the batteries, and then distributing that AC or DC power throughout the trailer as required. 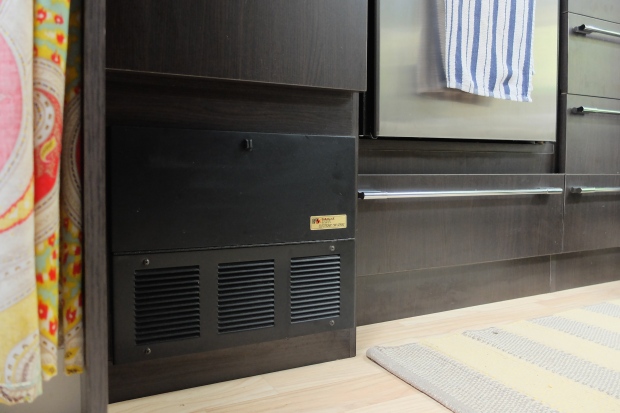 The heart of our electrical system

Usually nondescript, Greg and I were confident this piece of equipment would prove to be the cause of my electric troubles.  So of course he and I did what guys do … took out the unit and began looking for problems.

Using a multimeter, Greg and I confirmed the breakers and all fuses were fully functioning.  However, the four wires below (red, black, & white at the top of the picture) were not showing signs of power.  Given this, we began to question whether the unit itself was receiving power … which caused us to further roll up our sleeves and dig even deeper into the situation. 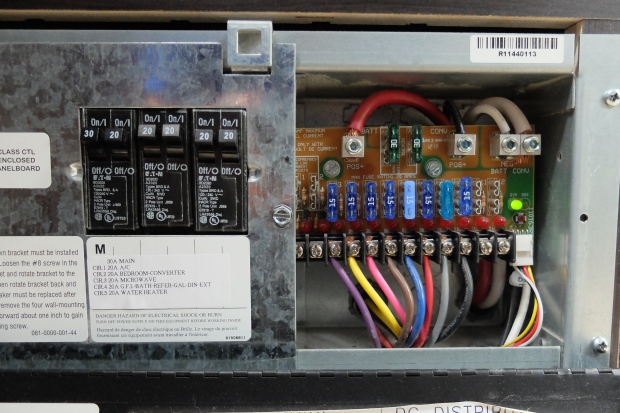 Circuit breakers for the AC and fuses for the DC 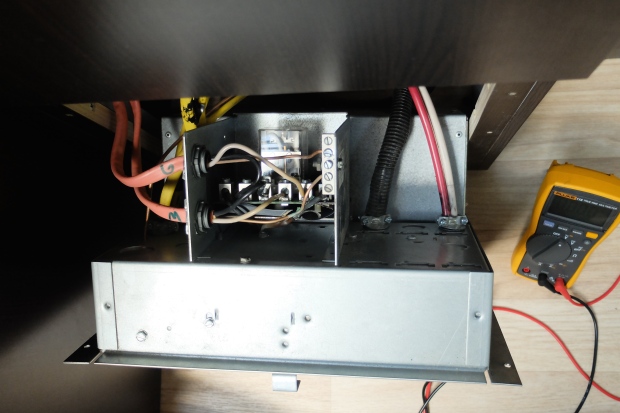 In our trailer, we have two external  power input “outlets” which feed power into the trailer.  Electricity from either shore power or a generator enters the power station via one of two (pink) Romex wires pictured above (left).  In this same picture, I’ve already removed the heavy gauge metal cover to expose the wiring, buss bar, and circuit board.

Immediately upon removing the cover, I spotted signs of a problem – note the burning on the bottom left of the picture below. 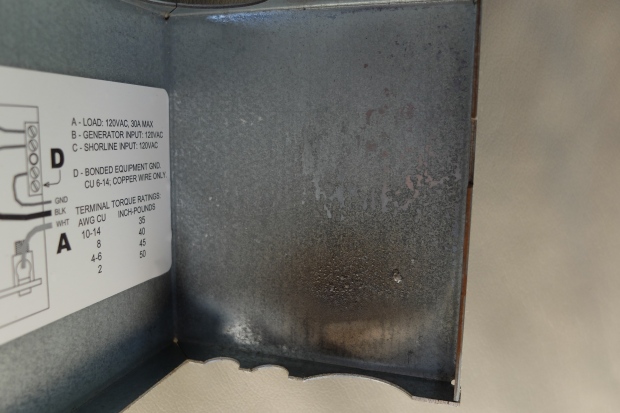 Upon closer examination, the evidence is clear – something happened which caused the cable to overheat and fail. 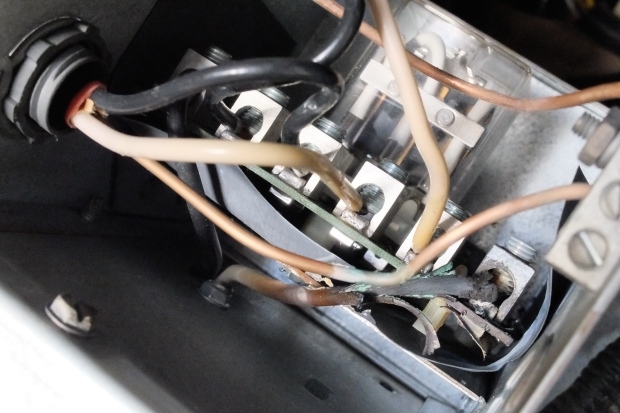 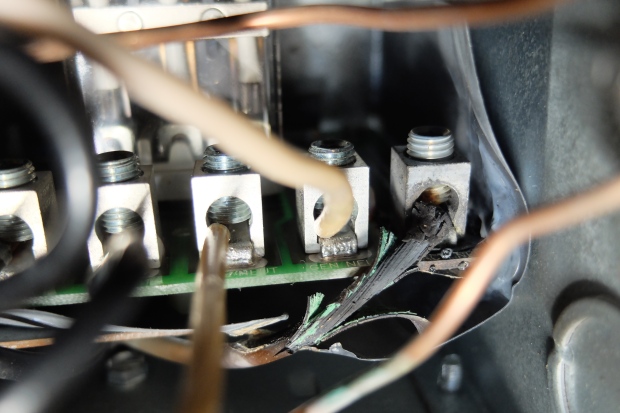 Another view of the wiring

Fortunately, the unit performed as it was designed and isolated the failure from the rest of the unit.  I wasn’t home to hear, but I’m guessing that the moment of failure was accompanied by a loud noise of some sort.

Kelly and I are headed to Oregon in about 10-days and coincidently, our route will literally take us within two miles of an Airstream dealer.  While the damaged wiring is easily replaced, I’m nervous about long-term viability of the circuit board and unit overall.  This being the case, on Monday I’ll call that dealer and ask for a full warrantee replacement.  I’m hoping that if I email them the pictures above, they will agree to order a new unit and complete the service repair while we wait.

Definitely not how I prefer to start a long-awaited vacation …