Unlike many Christmas mornings of my youth, I had no difficulty sleeping in late today.  And, despite the oddity of Christmas in desert devoid of snow, I managed to have a fine day with Kelly, her mom (Barb) and Barb’s husband (Steve).

Once I managed to pull myself from the cozy confines of a warm bed, I regrouped with Kelly and Lilly for the first of two visits to the local dog park.  Per usual, Lilly wasted no time focusing her attentions to the various smells of the fence-line.  Who knows what she was seeking today, but she housed no interests in paying fetch, her preoccupation with the fence superseding all other activities. 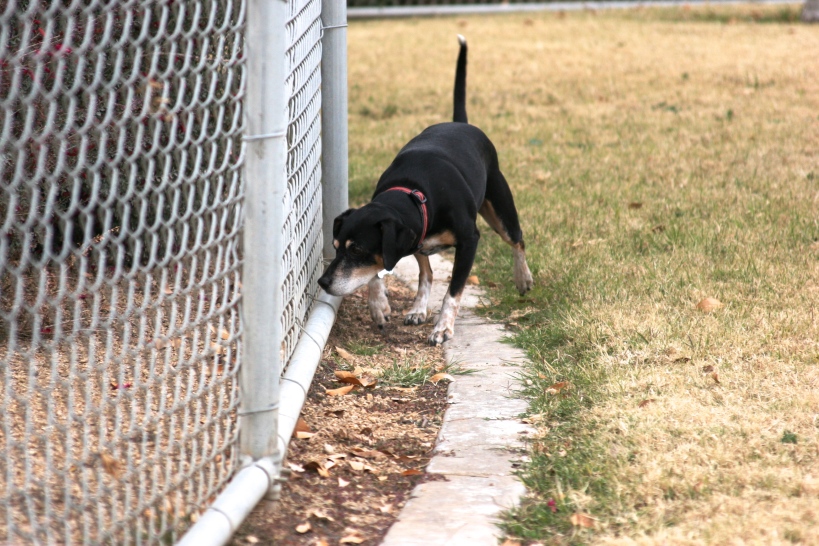 Once we were back from the park, Kelly and I wandered over to spend the day with Barb & Steve.  Kelly prepared a fabulous dinner for everyone.  Traditionally, the holidays are generally a good time to consume lots of sweets in between proper meals, and as I was a guest in another person’s home, I did my best to to uphold tradition.  To do otherwise would have simply been rude.

The chef at work

Following lunch, everyone was feeling a bit heavy in the waistline, and as such, it was decided that a post-meal walk would be in good order.  Being it is Christmas, we opted to ‘gift’ Lilly a return visit to the dog park, a decision which she found to be quite ideal.

Under the guise of photographing Lilly, I began snapping a few pictures of Barb and Steve.  At various times today I suggested we take pause to capture group picture, only to be thwarted with bogus delay tactics at each attempt.  Unwilling to depart empty-handed, I tried my best to stealthily snap a few pictures.

I got busted in the process. 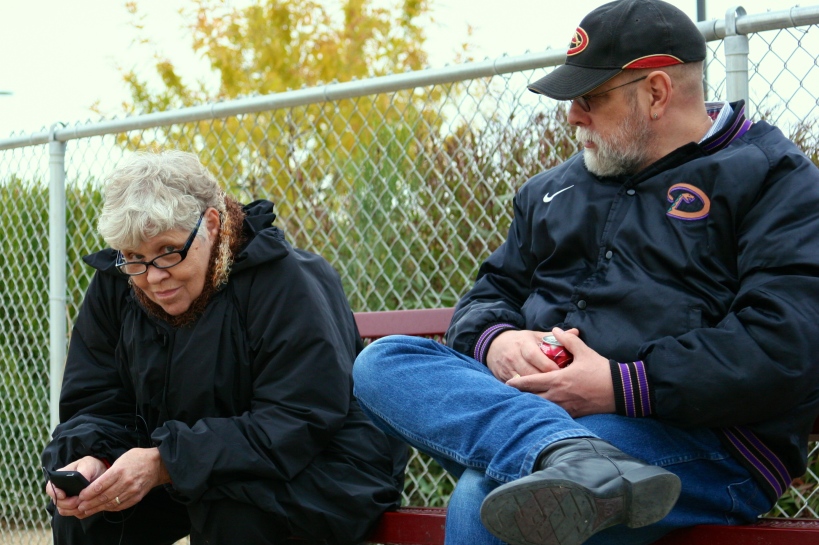