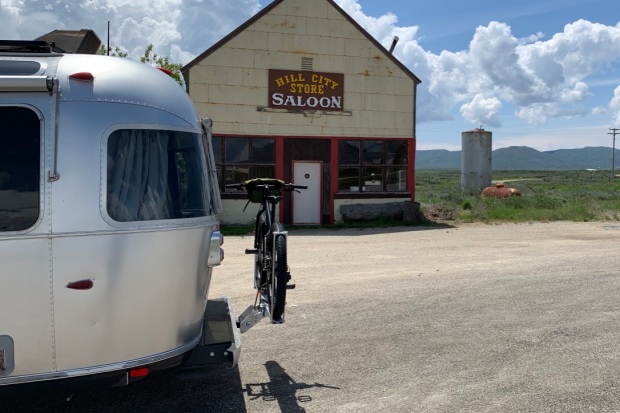 Kelly and I both have new bikes coming into our possession soon, so it was time to commence a project to allow for additional carrying capabilities.  Airstream does offer their own proprietary bike rack, but it’s ridiculously expensive and is permanently mounted to the trailer — two characteristics I was hoping to avoid.

So, like many of friends, I opted for an entirely different approach.  Specifically, I sought out a welder to fabricate a custom hitch received that is mounted into the bumper, directly attached to the trailer’s frame.

To carry bikes, I’ve purchased a 1Up bike rack that fits perfectly into the 2″ receiver … which also happens to be the same same receiver on my truck.  Now, I can easily swap the bike carrier between the trailer and truck as I please. 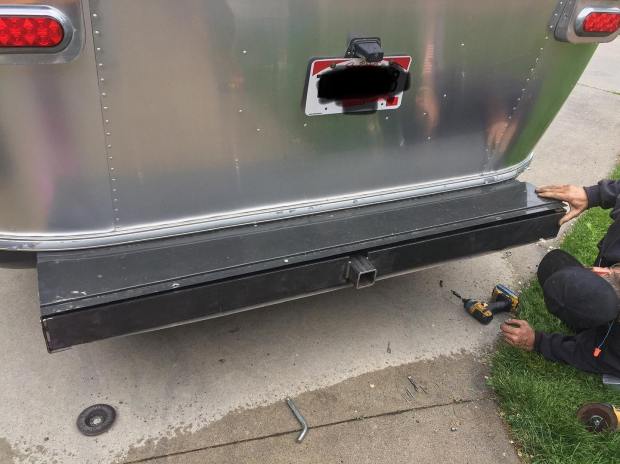